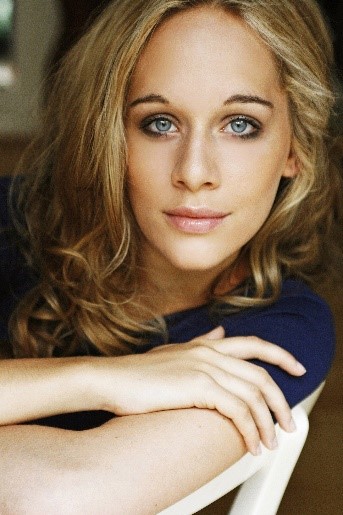 Anna Lucia Richter comes from a large family of musicians. She was trained by Prof. Kurt Widmer in Basel and graduated with honours from Prof. Klesie Kelly-Moog at the Musikhochschule Köln. She received further coaching from Margreet Honig, Edda Moser, Christoph Prégardien and Edith Wiens. Richter has already won numerous international awards, including the prestigious Borletti-Buitoni Trust Award.

As a concert singer, Anna Lucia Richter is a welcome guest at the Lucerne Festival, where she impressed with Mahler's Wunderhorn songs alongside the Lucerne Festival Orchestra and Riccardo Chailly as well as the Chamber Orchestra of Europe and Bernard Haitink alongside Christian Gerhaher. Recent concert highlights have been appearances with the Budapest Festival Orchestra and Iván Fischer, amongst others at the BBC Proms, the Orchestre de Paris and the NDR Elbphilharmonie, each under Thomas Hengelbrock, as well as the Orchestra of the Accademia Nazionale di Santa Cecila and Daniel Harding, the London Symphony Orchestra and Bernard Haitink, the Frankfurt Radio Symphony Orchestra and Paavo Järvi and the Freiburg Baroque Orchestra and Jérémie Rhrorer. Her operatic repertoire includes roles such as Ilia (Idomeneo), Zerlina (Don Giovanni) and the roles of Eurydice / La Musica in Monteverdi's Orfeo, in the acclaimed production by Sasha Waltz. In 2017, she had great success at the Theater an der Wien in Keith Warner's new production of Henze's Elegie für junge Liebenden in the main role of Elisabeth Zimmer.

A special passion of Anna Lucia Richter is the art of song. She performs a large repertoire in all major song centres, such as the Schubertiade Schwarzenberg, the Rheingau Music Festival, the Heidelberger Frühling or the Wigmore Hall London. She made her US debut with three recitals in New York's Park Avenue Armory, accompanied by Gerold Huber, and gave another US recital in the Weill Hall at Carnegie Hall with her acclaimed and exceptional song cycle program consisting of Eichendorff settings and improvisations, accompanied by Michael Gees. The repertoire of her upcoming album Heimweh has been presented for the first time in January 2019 with Gerold Huber at the Philharmonie Luxembourg, and also at the Konzerthaus Dortmund, a performance that simultaneously served as the start of a three-year residency as "Junge Wilde" (Young Savage).