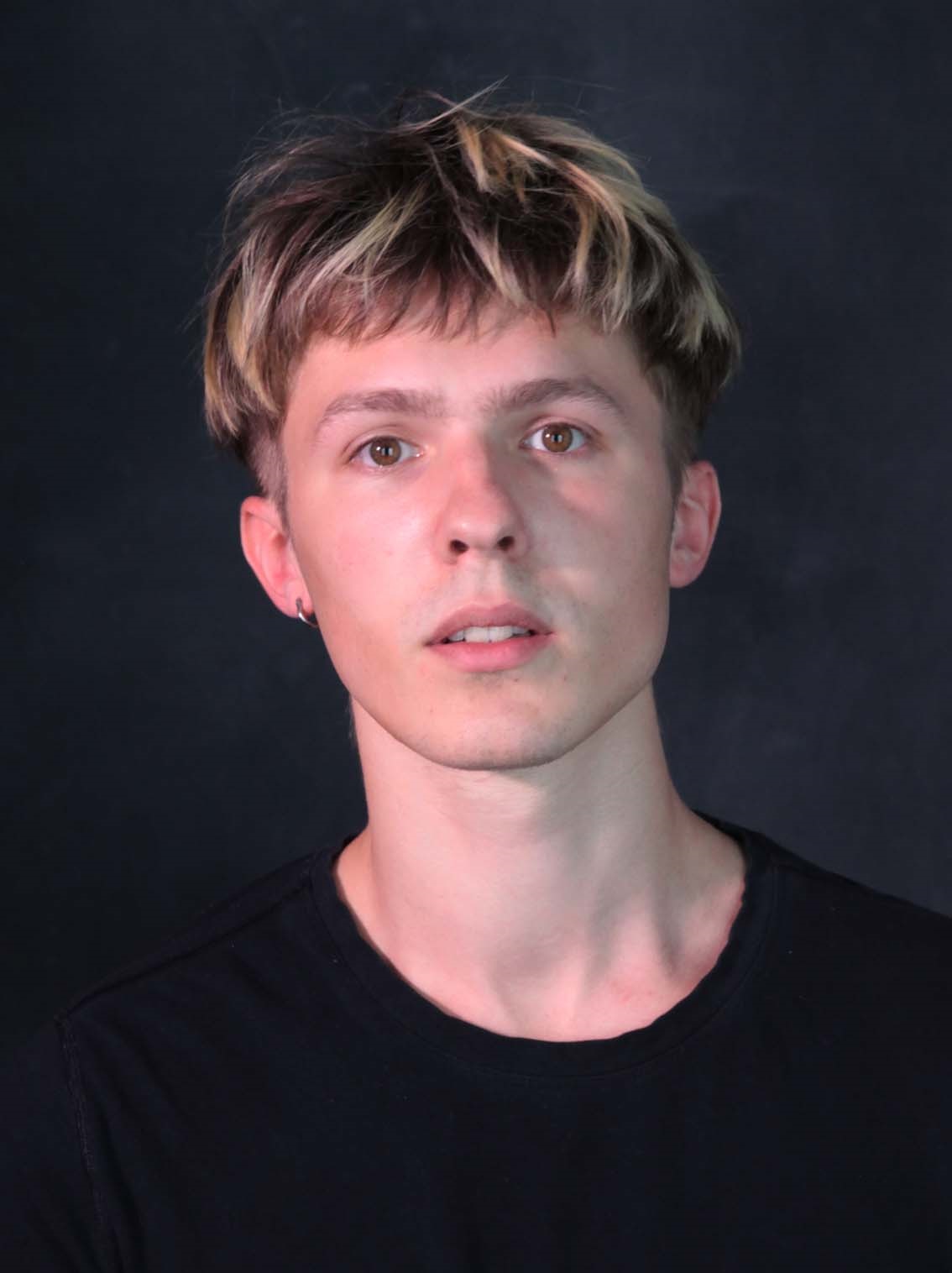 Clément Corrillon is a 22 years old actor, performer, dancer and singer. He studied at ARTS2 (Royal Conservatory of Mons), where he recently graduated in the Theater department. Based in Brussels, he's now developing his own projects. He's directing Amour, Dinde et Beauté, a piece he created about identity and self-affirmation. He's also working with the OUTSIPLOU collective, where he's exploring an art of the instant, mixing techniques of clown with musicality, rythm and movement, and searching new ways to connect with an audience, performing in stages such as squats, streets, or forests. Clément is putting interdisciplinarity in the center of his work, trying to break the borders between different performing arts. He's interested in the absurd, using it to reveal flaws that exist in humans. He's also very inspired by queer culture and community, where he's finding safer spaces to express himself freely. He recently started to explore the universe of drag. His curiosity pushes him to constantly develop new skills in many different fields. After having worked for the Argentinian choreographer Ayelen Parolin, he's now focusing on the new creation of Benjamin Abel Meirhaeghe, Madrigalen, which is an all new -but very exciting- experience for Clément, who didn't know much about the opera world before joining this adventure.