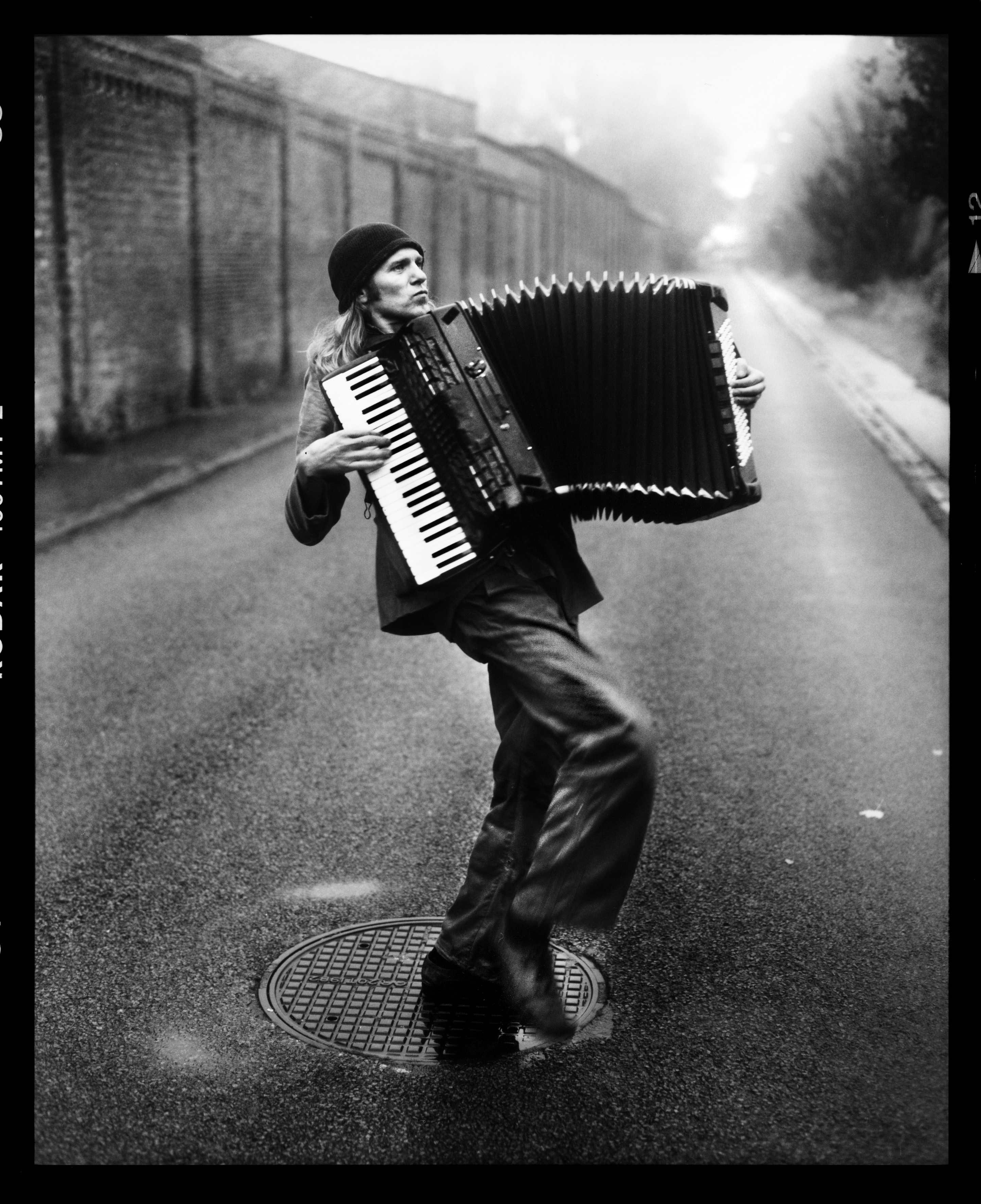 Tuur Florizoone (°1978) studied jazz and popular music at the University College Conservatory in Ghent. Today he is a renowned accordion player. Indeed, with great flair and an irresistible stage presence, he has proved that his unusual instrument is capable of more than the usual sentimental ditties one hears on street corners.

For this musical citizen of the world, jazz is just one of the many musical genres he carries in his duffle bag. The fact that he feels equally at home in pop or world music is evident from the seemingly endless list of names he has performed with on stage or in the recording studio: Philip Catherine, Jean Louis Matinier, Carlos Nunez, Manu Chao, Alfredo Marcucci, Zahava Seewald, Chris Joris, Rocco Granata, Jo Lemaire, etc.

Florizoone plays in a host of different bands and also has his own record label - Aventura Musica - for which he has also produced several CDs by his trio Tricycle, the Massot/Florizoone/Horbaczewski trio and the afro folk group Mix Tuur.

Tricycle is a band that mixes jazz and world music. The band began when Florizoone, Philippe Laloy and Vincent Noiret met as a backing band for a circus performance in Germany. This trio has released three albums.

Massot/Florizoone/Horbaczewski is a trio founded in 2009 and made up of Florizoone, Michel Massot (tuba, euphonium and trombone) and Marine Horbaczewski (cello). The trio plays a mixture of chamber music, jazz and folk. In 2014, and in collaboration with the American opera singer Claron McFadden, the trio created the performance Secrets, based on anonymous accounts contributed by the general public about their secrets great and small.

MixTuur, a band with 12 African and Belgian musicians, tells the story of the illegitimate children in the Belgian Congo, most of whom were given up for adoption. MixTuur performs polyrhythmic percussion and polyphonic Congolese vocals, mixed with classical instruments such as the cello and double bass, and of course Florizoone's accordion.

Tuur Florizoone teaches jazz accordion at the Conservatory in Ghent.