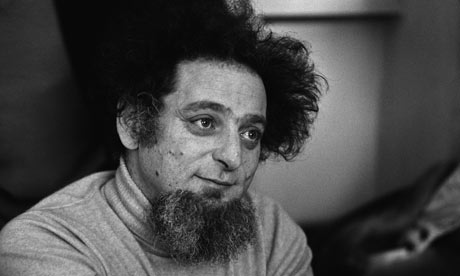 Georges Perec was a highly-regarded French novelist, filmmaker and essayist. He was a member of the Oulipo group. Many of his novels and essays abound with experimental wordplay, lists and attempts at classification, and they are usually tinged with melancholy.


Perec's first novel, Les Choses (Things: A Story of the Sixties) was awarded the Prix Renaudot in 1965.

In 1978, Perec won the prix Médicis for Life: A User's Manual (French title, La Vie mode d'emploi), possibly his best-known work. The 99 chapters of this 600 page piece move like a knight's tour of a chessboard around the room plan of a Paris apartment building, describing the rooms and stairwell and telling the stories of the inhabitants.

Cantatrix Sopranica L. is a spoof scientific paper detailing experiments on the "yelling reaction" provoked in sopranos by pelting them with rotten tomatoes. All the references in the paper are multi-lingual puns and jokes, e.g. "(Karybb et Scyla, 1973)".

Perec is also noted for his constrained writing: his 300-page novel La disparition (1969) is a lipogram, written without ever using the letter "e". It has been translated into English by Gilbert Adair under the title A Void (1994). The silent disappearance of the letter might be considered a metaphor for the Jewish experience during the Second World War. Since the name 'Georges Perec' is full of 'e's, the disappearance of the letter also ensures the author's own 'disappearance'.

His novella Les revenentes (1972) is a complementary univocalic piece in which the letter "e" is the only vowel used. This constraint affects even the title, which would conventionally be spelt Revenantes. An English translation by Ian Monk was published in 1996 as The Exeter Text: Jewels, Secrets, Sex in the collection Three.

It has been remarked by Jacques Roubaud that these two novels draw words from two disjoint sets of the French language, and that a third novel would be possible, made from the words not used so far (those containing both "e" and a vowel other than "e").

W ou le souvenir d'enfance, (W, or, the Memory of Childhood, 1975) is a semi-autobiographical work which is hard to classify. Two alternating narratives make up the volume: one, a fictional outline of a totalitarian island country called "W", patterned partly on life in a concentration camp; and the second, descriptions of childhood. Both merge towards the end when the common theme of the Holocaust is explained.

David Bellos wrote an extensive biography of Perec: Georges Perec: A Life in Words, which won the Académie Goncourt's bourse for biography in 1994