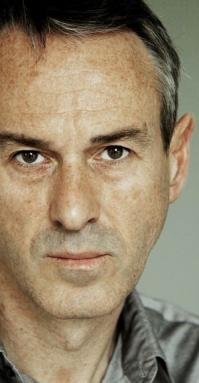 Theatre director Ivo van Hove has held central positions in Dutch-Belgian cultural life, first as the head of Het Zuidelijk Toneel in Eindhoven from 1990 to 2000 and from 2001 as general director of the Toneelgroep Amsterdam. This is the country's prime theatre company and the official municipal theatre company of Amsterdam. With an annual average of five new plays and over 350 performances, the company plays to audiences of 110.000 each year. Toneelgroep Amsterdam has been invited by international festivals such as RuhrTriennale, Wiener Festwochen, the Edinburgh Festival and Festival d'Avignon, and performs in The United States, Russia and Australia.

Along with his frequent guest directing at the New York Theatre Workshop, Van Hove has directed companies from the Deutsches Schauspielhaus in Hamburg, the Schaubuehne in Berlin and the Münchner Kammerspiele. He also staged opera at the Flemish Opera ( Alban Berg’s Lulu and the complete Ring Cycle by Wagner). At La Monnaie in Brussels he directed Idomeneo by Mozart and in Amsterdam Janaceck’ Macropulous Case. In 2014 he staged the world premiere of the opera Brokeback Mountain at Teatro Real. One can track back his world-class reputation to his leadership of the annual Holland Festival, at which he programmed international theatre, music, opera and dance from 1997 to 2004.

Van Hove has received many accolades, including two Obie Awards for off-Broadway productions in New York (for More Stately Mansions and Hedda Gabler), the Flanders Oeuvre Prize (1995), the Theatre Festival Prize (1996) and the Archangel Award at the Edinburgh Festival (1999). He was made a knight of the Ordre des Arts et des Lettres in France in 2004. In 2007 he received the prize awarded by Dutch theatre critics. In 2008, he also received the Prosceniumprijs, the Dutch oeuvre prize, together with Jan Versweyveld, his stage designer for many years and in 2012 the Amsterdam Business Oeuvre Award. In 2014 Van Hove received an honorary doctorate for general merit of the University of Antwerp and in 2015 two Olivier Awards and - together with Jan Versweyveld - the Amsterdam Award for the Arts. In 2016 he received the Prize of the Flemish community for general cultural merit.