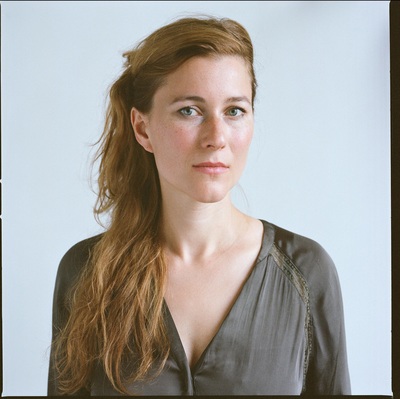 French mezzo-soprano Fabienne Seveillac returned to Europe in 2011 after having spent five years in New York where she obtained a Masters in Performance/Voice at the Brooklyn College Conservatory. During her studies there she performed the lead role in L’enfant et les sortilèges, Arnalta in L’incoronazione di Poppea, Pierrot lunaire, and she premiered numerous pieces by young composers. In 2009 she received the Robert Starr Award for the best interpretation of a living composer. She has since devoted herself mainly to the interpretation and teaching of music of the 20th and 21st centuries.

After a Masters in Musicology focusing on Kurtág and Beckett, she focuses on singing at the Centre de Formation pour Jeunes Chanteurs du Jeune Chœur de Paris, where she sang with Laurence Equilbey and other conductors such as John Nelson and Pierre Boulez. Since returning from New York she has been singer and co-artistic director of soundinitiative and co-director of HYOID contemporary voices. She has performed solo and chamber music at festivals and artist residencies in France, Belgium, Netherlands, United Kingdom, Italy, Germany, Switzerland, Austria, United States, Canada, Singapore, Australia and New-Zealand.

Fabienne has been established since 2014 in Brussels, where is based HYOID contemporary voices. Passionate about pedagogy, she has taught or given workshops in multiple contexts, from CRR de Reims to Monash University (Australia). She now teaches singing at the international school P.A.R.T.S. (A.T. de Keersmaeker) and regularly works as a vocal coach on contemporary dance, theatre or film  productions (Eric Arnal Burtschy, Eleanor Bauer & Chris Peck, Ula Sickle, David Williamson).