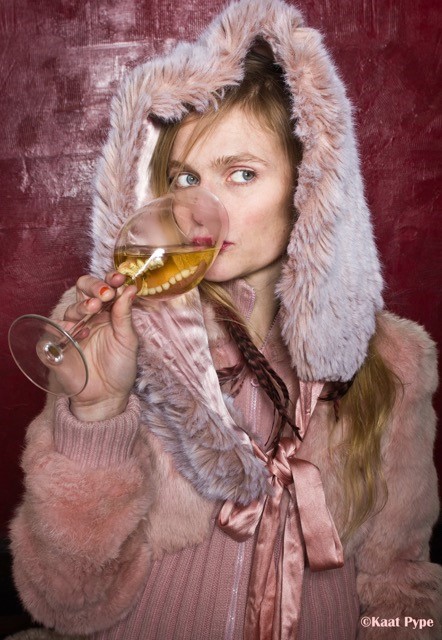 An Pierlé is a Belgian songwriter and pianist.

In 1996 An Pierlé attracted attention in Humo’s Rock Rally with her striking and amazingly inspired cover of Tubeway Army’s Are Friends Electric: once heard, never forgotten.

Since then she has proved herself to be one of that rare species of enduring performing artists who are not afraid of renewal while always remaining true to her own, highly personal and recognizable style.

Following her critically acclaimed solo debut album Mud Stories, which achieved gold, she decided to pursue the adventure with her band White Velvet. An and her partner in crime Koen Gisen (producer, guitarist, co-writer and lover) brought out the albums Helium Sunset, Live Jet Set with Orchestra, An Pierlé & White Velvet and Hinterland. Lashings of praise and a solid reputation as a live act led them to concerts in France, the Netherlands, Switzerland, Germany and even South Africa.

The couple also wrote music together, for films and even advertising, and An was appointed ‘Official Composer of the City of Ghent’. This post gave her the perfect excuse to write tunes for the carillon and become involved in a project involving a church organ and another with the Production Department and orchestra of Ghent Conservatory.

In 2012 she wanted to see what she could do entirely on her own. She brought out not just one, but two solo albums featuring only her own voice and piano: Strange Days, which was showered with praise and stars and, in September of that year, the EP Strange Ways.

Once again she recorded two bold covers: Talk Talk’s Such a Shame and Purcell’s The Cold Song are both breathtakingly beautiful, but the real highlights are her own unique songs.

2015 and 2016 were extremely busy years; An wrote the soundtrack for Jaco Van Dormael’s film Le Tout Nouveau Testament, went on an international tour with the children’s theatre-film-music production Slumberland, written together with the pianist Fulco Ottervanger and directed by the film director Nathalie Teirlinck for Zonzo Compagnie, and together with Koen Gisen brought out Arches/Cluster, a set of songs for church organ, choir, electric guitar and bass clarinet, which they also frequently performed.

In the meantime, the ‘An & Koen’ duo occasionally brought out a Dutch-language single, and An toured with Dutch-language solo material for Geletterde Mensen, organized by ‘Behoud de Begeerte’.

Now, in 2018, together with the An Pierlé Quartet, a new band that includes the SCHNITZL jazz duo (Hendrik Lasure and Casper Vandevelde) An is working on the soundtrack for the September premiere of Sylvia, a stage production by Fabrice Murgia for the Théâtre National in Brussels.

An is currently also composing music for Minne, a project by the MA Festival in Bruges on the female mystic Hadewych, with the jazz musicians Brice Soniano (double bass), Joao Lobo (percussion/drums), Alma Auer (harp) and the Psallentes mediaeval female choir.

An Pierlé is a performing artist who is hard to categorize, and although her voice and inventive piano-playing and songwriting are reminiscent of Kate Bush, Mark Hollis, Bartok, Robert Wyatt, Dolly Parton, the Doors, Serge Gainsbourg and Roxy Music, she never imitates them, and her work is becoming increasingly varied and colored by jazz and classical music.

She is never boring, but always surprising.