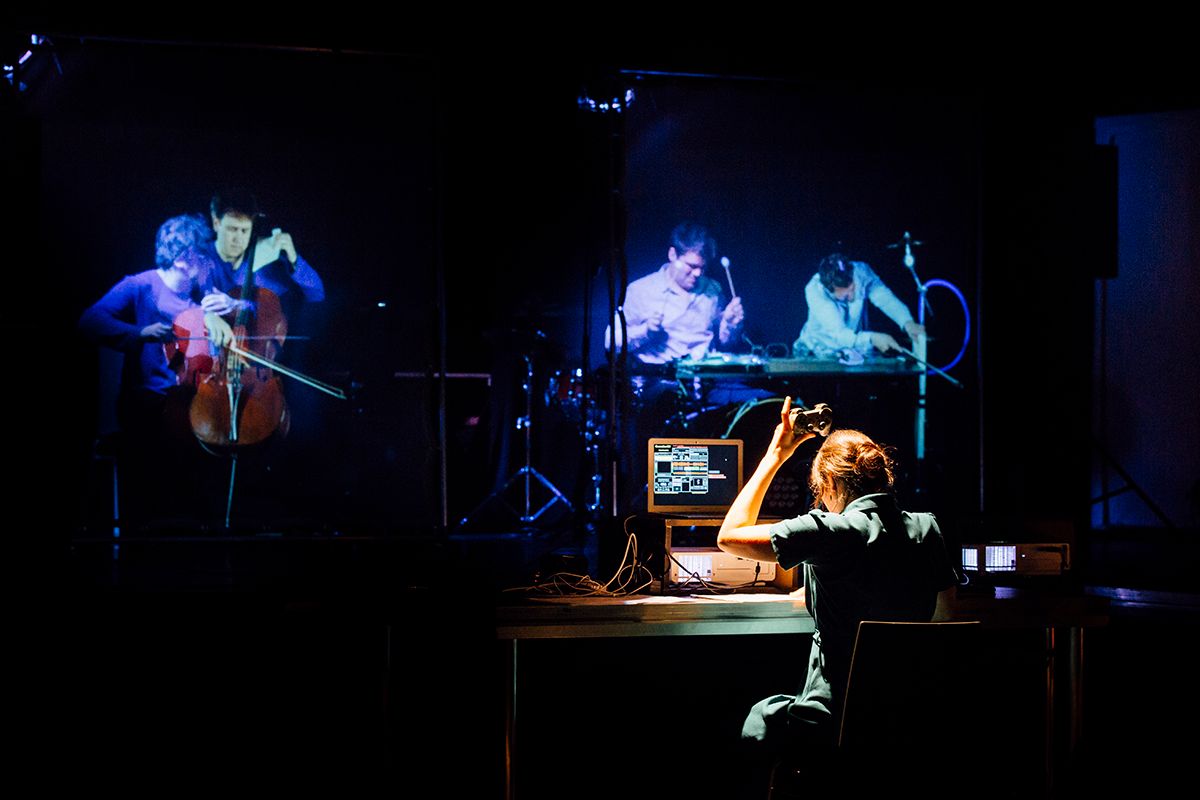 Since its foundation in 2006, the Flemish new music ensemble Nadar has become a familiar presence in the new music circuit. As often in this generation of new music ensembles, it started as a group of young musicians, gathered around a shared passion for contemporary music, and more specifically for innovative current developments. Taking their name from the pseudonym of author, balloonist and photography pioneer Gaspard-Félix Tournachon (1820-1910), hints at a deliberate maverick attitude, which they share with the artist whose name they borrowed. Their artistic mission firmly embraces specific aesthetic positions, involving alternative concert settings, electronics and particularly multimedia. There are three aspects that appear to identify the particular position that Nadar occupies: their aesthetic preferences, the way they develop a performance practice that goes way beyond each musician mastering his or her particular instrument, and perhaps most importantly: the way the organization of the ensemble reflects a true collective spirit.

Although renowned for their involvement with multimedia-based technology (Michael Beil, Stefan Prins, …), it is but one of the many ways in which the ensemble has explored alternative concert settings. Nadar makes it a point to develop a dramaturgy and scenography for their concerts and deliberately takes the listening experience into unfamiliar areas, incorporating hot air balloons (Michael Maierhof) or a program focused on a fictious artist (‘Lesaserma Pokhunakhis’). Again, the Nadar ensemble appears preoccupied with extending the experience of music beyond the conventional boundaries of the stage: into digital media, into alternative performance situations, or even into fiction. Whether theatrical, multimedia-based or otherwise, Nadar places performativity at the core of their artistic practice, developing their affinity with cutting-edge musical developments in combination with dramaturgically devised settings, that maximize the potential for reconfiguring the audience experience. This commitment can be described as a particular musical ethos, which is also reflected in the ensemble’s internal organization: a true collective spirit. Sharing that artistic identity with younger generations of musicians has emerged as a significant part of Nadar’s mission, which resulted in the yearly Nadar Summer Academy for musicians and composers aged 14-20 (in collaboration with MATRIX New Music Centre) and the Nadar Summer School at deSingel (Antwerp) for emerging composers.

The Nadar ensemble has performed at the most important international stages and festivals, including the Internationale Ferienkurse für neue Musik (Darmstadt), Festival Musica (Strasbourg), Tzlil Meudcan (Tel Aviv), Donaueschinger Musiktage , Acht Brücken (Cologne), Ultima festival (Oslo), conDit (Buenos Aires), Tampere Biennale (Finland) and Platforma (Moscow). In Belgium, they are artist in residence at Concertgebouw (Bruges) and a frequent presence at deSingel (Antwerp), de Bijloke (Ghent) and Transit (Leuven). In 2016, they were invited to curate that edition of the SPOR festival (Aarhus). Their discography includes a live recording of Nadar’s 2012 concert at the Donaueschinger Musiktage with works by Kreidler, Prins, Pasovsky and Schedl (NEOS). EXIT F by Michael Maierhof for four hot-air balloons and ensemble is released on Migrorecords, and Fremdkörper #1 by Stefan Prins was released on a monographic CD on the label Sub Rosa. Nadar’s recording of In Hyper Intervals is featured on Johannes Kreidler’s portrait CD at Wergo. Recently, recordings of Mirror Box Extensions, Infiltrationen 3.0 and Generation Kill by Stefan Prins feature on a highly acclaimed monographic CD/DVD set (Kairos).