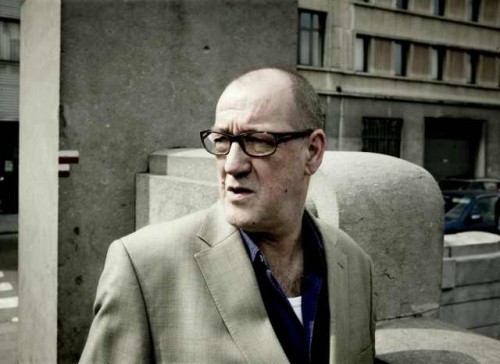 Josse De Pauw (1952) is an actor, director and author. In 1976, after graduating from the Royal Conservatoire in Brussels, he became a founding member of the legendary theatre group Radeis International. In 1985, he began working as an independent artist, writing for the theatre. His plays are often meant for himself, but sometimes he writes for other actors. As a film actor he has worked together with director Dominique Deruddere in Wait until spring, Bandini (1989), Hombres Complicados (1997) and Iedereen Beroemd (Everybody Famous, 2000), which was nominated for an Academy Award. De Pauw directed two films: Vinaya (1992) and Übung (2001).

In the spring of 2013 he made ESCORIAL for Muziektheater Transparant.

Josse De Pauw also writes fiction, observations, notes and travel reports. His writings were released under two titles, Werk (Work) and Nog (More). His work for the theatre, as well as his acting in films and his texts has been awarded several times. In 2012, he was awarded the Prix Bernadette Abraté, the most important stage award in the French speaking part of Belgium.

Josse De Pauw has a special relationship with Toneelhuis. For one season, 2005 - 2006, he was Toneelhuis' artistic director. This was after he played the part of Willy Loman in Death of a Salesman (directed by Luk Perceval, 2004). A short time after that, he played the Minister of Culture in Mefisto for ever (directed by Guy Cassiers, 2006).

In 2008, he created De versie Claus (The Claus Version). In the meantime he and Guy Cassiers wrote an adaptation of Malcolm Lowry's novel Under the Volcano, in which he played the leading part and which was also directed by Guy Cassiers (2009). Duister hart (based on Joseph Conrad's Heart of Darkness) was created in the same way (2011).

In 2013, De Pauw wrote the libretto for the music theatre production Van den Vos (Reynard) by FC Bergman, which premiered in December 2013.